When I came home last night after an important meeting, I was surprised that dinner was not yet ready on the table. But the reason soon became clear to me when my wife Gretta told me that Albert Weinstein had called to ask if we both wanted to have dinner with him that night. She also told me that Albert, who encourages people to call him Al, had confided in her that he had a surprise in store for me.

Not much later we drove through the dark evening to the spacious country villa where Al had moved in after he had retired more than 20 years ago. Upon arrival, I could immediately see that he was not alone and that more people had been invited.

Of the many guests present I only recognized the painter Mi-gratte and his wife Ge-argett-e. Both were sitting at their familiar place by the fireplace with their faithful dog Ragett at their feet. In their eyes I saw that they were looking forward to what was to come. In the meantime Al had also read the amazement on my face and introduced me briefly to the other guests.

First there was Dave, the oldest of the group. It was a jovial guy, about the same age as Al, who spoke very passionately about the joy he had experienced in sharing countless facts with his colleagues with the same passion.

I also had an interesting conversation with Steve. He was a very clever man with well thought out and outspoken opinions that included scientific, sporting, political and musical matters.

Alex and his friend Mitch came from the same city, they told me, and had been in close contact for years, constantly exchanging new ideas and plans for the future.

Finally, there was Tim, a rather mysterious guy who wasn't easy to figure out. The only thing I learned from him was that he regularly sat down with Dave discussing their common interests.

It still wasn't clear to me why I had been invited to this party and Al hadn't missed it. That's why he scraped his throat and asked for the attention of the whole company.

"Ladies and gentlemen," he began, "tomorrow we will celebrate the 10th anniversary of the book published by my best friend, Lord Garett, which turned the world completely upside down and represented a revolution in the art form that so inspires us all. It is with particular pleasure that I greet all those who have contributed to this success from far and near. And I can assure you that it took me a lot of effort to get these people together on this memorable day".

Al paused for a moment and took a small sip of the champagne that had flowed richly in the meantime. The toast with exquisite caviar was also very much appreciated by those present, as could be inferred from the various dishes that were almost empty.

"I'm not going to give a long speech here", Al continued, "the caterer waits in the dining room with a delicious meal and it would be a shame not to enjoy it extensively".

Al then stepped back for a moment and took a small packet out of the mahogany cupboard that had adorned the reception room for decades. "Here," he said, "this is a gift that my friends brought for you from the country they came from. After much searching, they found it in a place where it had been hiding for years." 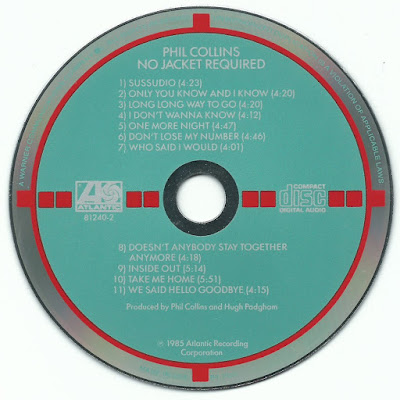 I opened the package and at first I didn't know what to say. After I had recovered from the first surprise, I looked around for a moment and saw the questioning look in everyone's eyes.

"Al," I stammered, "didn't I tell you last week that at the meeting of the Anonymous Collectors Association this afternoon, I was going to receive a certificate officially declaring me free of the virus that has captivated me for more than 10 years?"

There were many cries of disillusionment and proclamations of astonishment following my statement, but that didn't prevent the whole group from enjoying the rest of the evening with delicious dishes, topped with the most exquisite wines.