Printing errors are very interesting because they can provide insight into the manufacturing process of the label side of Target CDs.

The disc that is featured here, Alphaville's classic album Forever Young, shows a mis- alignment between the purple target squares and the silver lettering on the one hand and the green perimeter text on the other hand.

Examining the disc more closely reveals that the production of the label side must have been carried out in at least four different steps. 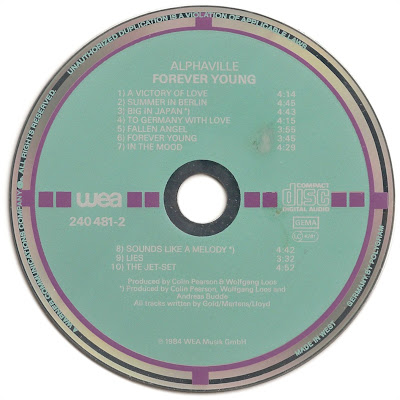 Another interesting printing error came to my attention some time ago. It is Rod Stewart's Greatest Hits, whereby the outer targets, especially those at 6, 9 and 12 o'clock, are clipped and do not cover the outer miror band. 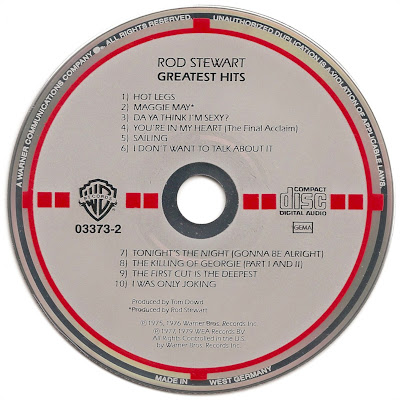 I don't know what could have caused this clipping, possibly the disc was not fully exposed to the offset screen when the target squares were put down on it.