The Many Matrix Variations on the XD-Series Target CDs

The table below lists the different Japanese Target CD Pressings that were released with a XD-catalog number. They were all manufactured by CBS/Sony and have a matrix number that consists of the catalog number followed by a code that identifies the glass master that was used for a particular disc. This code either consists of the number 11 or 21, optionally followed by the character A and a sequence number between 1 and 10. 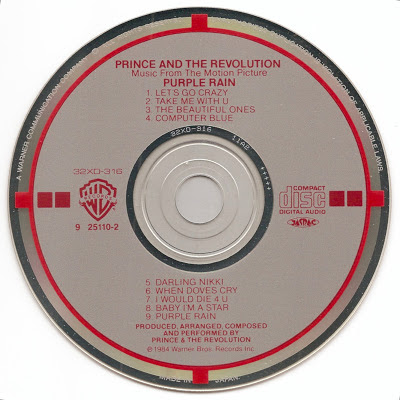 MADE BY WARNER-PIONEER [] CORPORATION, JAPAN. ALL RIGHTS OF THE MANUFACTURER AND OF THE [] OWNER OF THE RECORDED WORK RESERVED. UNAUTHORIZED DUPLICATION [] IS A VIOLATION OF APPLICABLE LAWS.  (L) 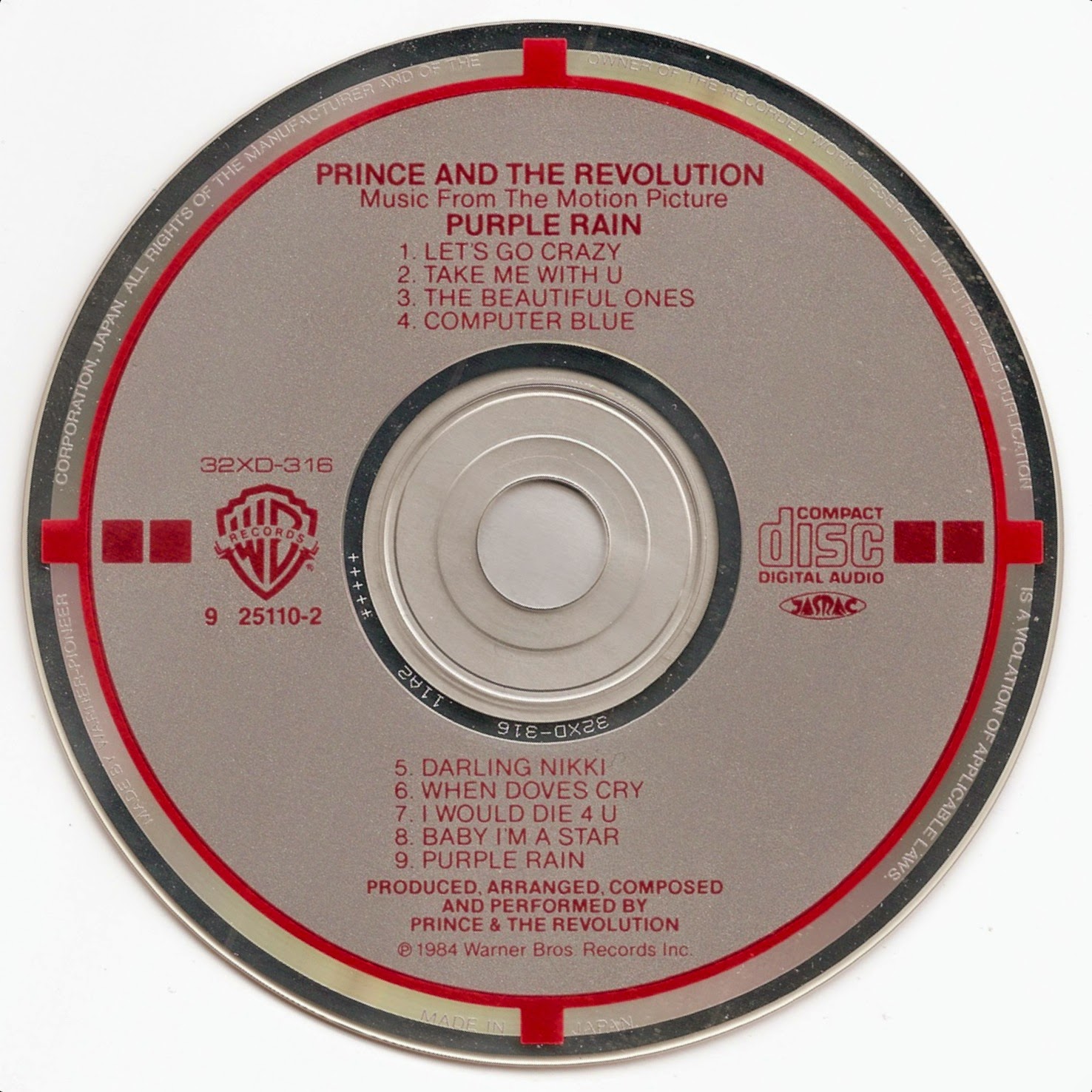 In the next 11 columns the 63 variations that are currently featured in The Target CD Collection are shown, whereby
If one of these characters is followed by a b, it means that there is some sort of barcode present on the inner mirror band, while a small t indicates that the matrix variation is also available with a perimeter text that is different than the one that is specified in the T column.


It is worth mentioning here that Madonna's Like a Virgin (32XD-102) can also be found with matrix code 1A1 TO and a type L perimeter text , suggesting it is a Toshiba pressing. 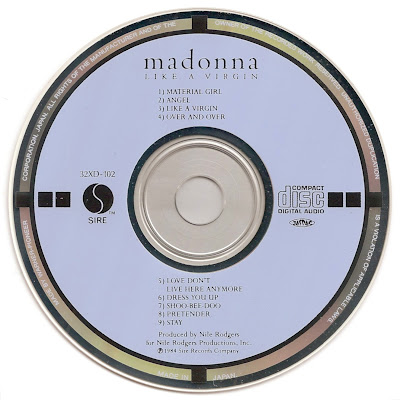 Furthermore there exists a rare variation of the same disc with catalog number 32XP-102, in stead of 32XD-102. 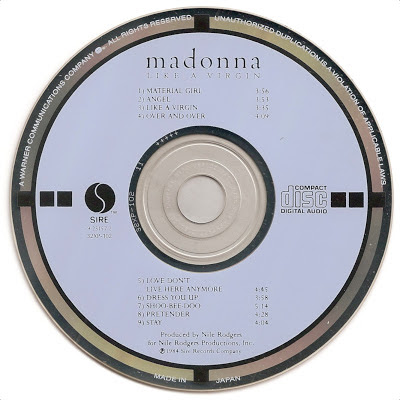