Early last month I visited my friend to talk about the meaning of life and a few other things.

Suddenly he smiled and said: "Al, I have to show you something, just wait a second". He went to the room where he keeps his Target CD Collection, a room by the way which is safely secured to offer protection against fire, flood and fraud.

When he returned he had this CD that he wanted to show me. 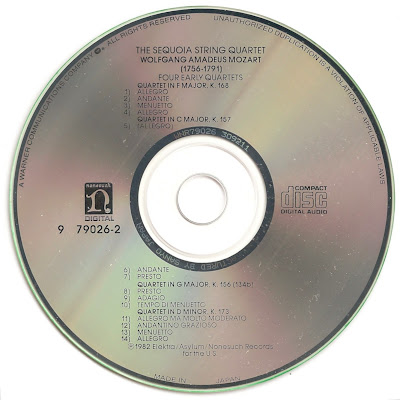 "Look", he said, "this CD which I acquired a few months ago, represents a fantastic printing error. It is a target CD with no target squares at all. I have a regular version of this too, if you want I can fetch it so that we can compare both discs".

I took a quick look at the CD and immediately knew what I was looking at. It was an example of a very early Japanese pressing manufactured by Sanyo made at a time when the target squares still had to be invented. In fact, it was me who suggested to print these squares on subsequent pressings when I was visiting the Sanyo pressing plant, back in 1983.

When I told this to my friend, depriving him of his illusion that he had found a very rare printing error, he suddenly turned red, white and blue, began to gasp heavily and then fell to the floor, unconsciously.

I tried to keep as calm as possible and rang the emergency number. Luckily the ambulance arrived very quickly to take him to the hospital where he has been under observation for a few weeks now.

Earlier today when I went to visit him I spoke to one of his doctors who told me that they had finally diagnosed what was wrong with him. When I asked what is was, he said that my friend was suffering from Targetomania, in the severest form, a disease that will be difficult to cure.

PS: Did you also notice the coating with a green marker pen on the edge of the CD? A previous owner must have been a firm believer of the theory that this would dramatically improve the sound quality. In the past I have done lots of experiments to verify this theory but have never found a confirmation and although I have warned for the irreparable damage the green substance could inflict on the protective lacquer of the CD in numerous articles that have appeared in many scientific magazines, many people seem to have disregarded this advice.