Everything that has to be said about The Doors and their music has already been said elsewhere, so I will skip that part and immediately turn my attention to some West German pressings that I have found lately of the three studio albums by The Doors that were released as a Target CD.

Of the many variations that can be found of the debut album by The Doors, the West German pressing with MADE IN WEST GERMANY BY POLYGRAM printed around the perimeter and no text in the hub area, is perhaps the most common one. It has target and lettering in silver paint on a red background which is the default color scheme for Target CDs with the old Elektra label.

This variation usually comes with inserts printed in West Germany as opposed to the PDO variation that is mostly found with USA inserts. Apart from the country of manufacture, both booklets differ in two other distinctive ways: while the USA front insert is a 8-page stapled booklet with the original LP catalog number printed above the Elektra logo on the cover page, the West German booklet is a 6-page foldout on which this LP catalog number has been overprinted with a black line. 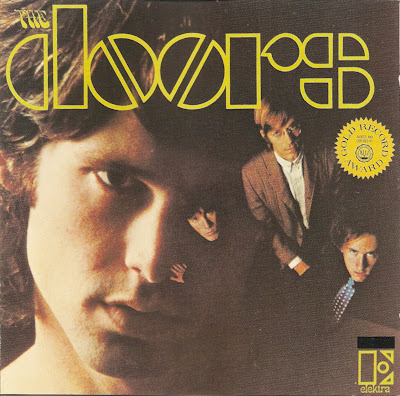 Morrison Hotel is the second album that has been released as a Target CD, also on the Elektra label. On this disc, the new Elektra label is used which explains the black color of the lettering and logo. The variation that is shown below has MADE IN W. GERMANY BY PDO etched around the center hole, but can also be found without text in the hub area. 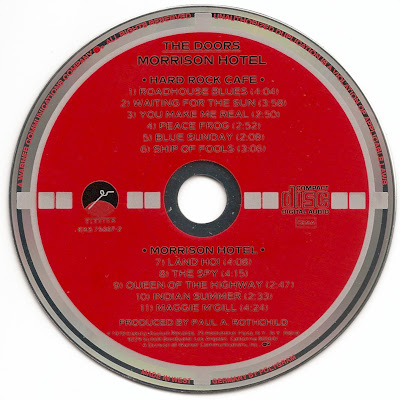 As is often the case with PDO pressings of Target CDs, this variation has inserts that state that the CD was manufactured in Germany by Record Service in Alsdorf. 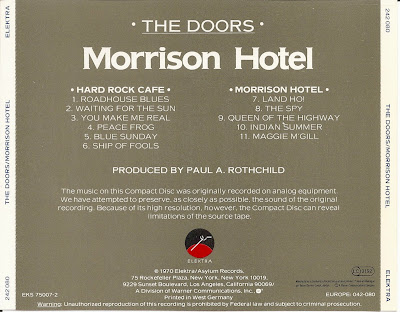 A rare variation of Morrison Hotel is featured below: it has the lettering in silver paint which is unusual for Target CDs with the new Elektra logo. Graham Parker's Steady Nerves and Mötley Crüe's Shout at the Devil, released on Elektra with the new logo, can also be found with this unusual color scheme. 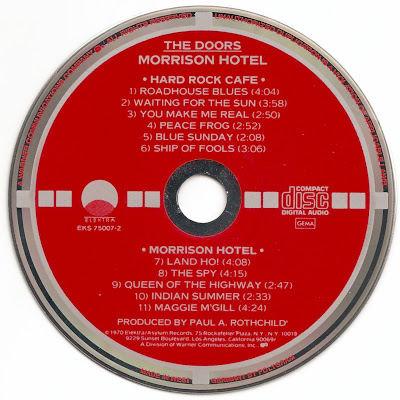 It is perhaps interesting to point out that the eponymously titled debut album by The Doors can be found with a similar color variation: although the old Elektra logo is printed on the disc and therefore the lettering is usually silver paint, there also exists a rare variation with black logo and lettering. 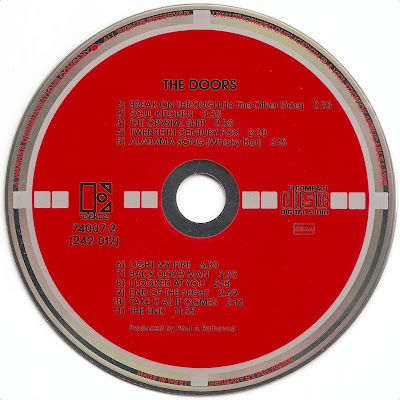 
It should come as no surprise that the West German Target pressing of  L.A. Woman, the final album by The Doors, can be found with and without the PDO etching around the center hole. The variation below has no text in the hub area... 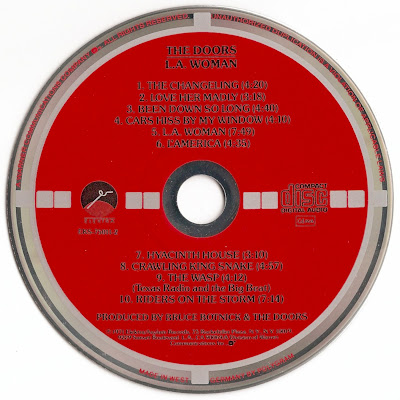 and is usually found with inserts printed in West Germany. 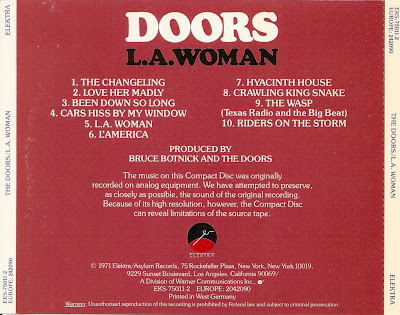