I have acquired 4 Target CDs by The Cars during the last few weeks.

The first one is the MADE IN WEST GERMANY, with break between WEST and GERMANY and MADE IN W. GERMANY BY PDO etched around the center hole, variation of Candy-O. Contrary to what one might expect, the inserts were printed in the US and not in Alsdorf, Germany by Record Service.

Disc three bears catalog number 252 330 and is MADE IN WEST GERMANY with break between WEST and GERMANY. There is no text etched around the center hole which is uncommon for Target CDs with this marginal inscription. 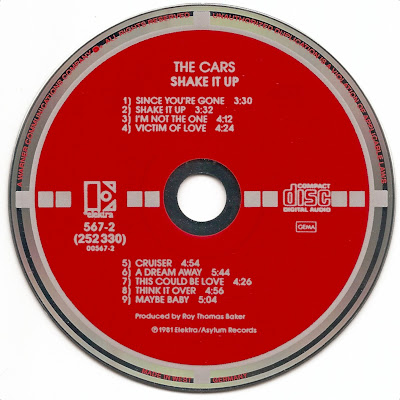